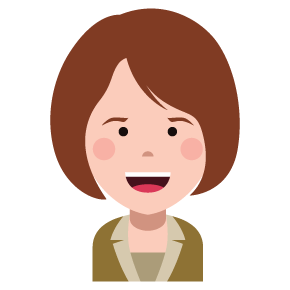 As a parent, I can't tell you how many times I have walked in on a disaster. Just a few days ago, my kids were playing together and they decided to flood our master bathroom with a few towels and a boatload of water. Although some messes are cute or funny, others are completely overwhelming and difficult to clean up. Fortunately, I have an excellent damage contractor on speed dial, and he comes out to help me whenever I need a little assistance. I want you to know how to tackle tough messes, which is why I put up this website.

Lone Toilet In The Basement? Here's What You Need To Know Before Remodeling & Waterproofing Your Basement

If you've recently purchased an old home that was built in the late 1800s or early 1900s and has a lone toilet in the basement, you may have several questions about the toilet in your basement and the possibility of transforming the basement into a usable space. While it is possible, there are a few important things to do before moving forward in renovating and waterproofing the basement of an old house that has a lone toilet. Here's what you need to know.

The Toilet With A Name — The Pittsburgh Potty

A lone toilet in the basement, one that has no walls surrounding it, is called a Pittsburgh potty. However, this type of toilet can be found in old pre-World War II houses throughout the United States, particularly in cities in the Northeast as well as in Oregon. The reason these lone toilets were installed in houses back then was to prevent sewage from backing up in the main living areas when the rudimentary sewer systems were having problems with flooding during and after storms and heavy rainfall and snowmelt, which were common during the time, particularly in areas that are hilly, like in the greater Pittsburgh area. Basically, a Pittsburgh potty was an old method of preventing water damage (waterproofing) in the living areas of the home.

Basement Remodel — Include A Bathroom Or Not?

The toilets were placed in the basement because, when sewage backs up, it overflows through whatever fixture is the lowest in the house. Today, more than a century later, city sewer systems have greatly improved and there's little to no need for the proverbial Pittsburgh potty to be used to prevent water damage. However, you can use the existing plumbing for a new bathroom in your basement. But, installing a complete bathroom in the basement that includes a sink and shower would make it necessary to waterproof the basement. As part of a waterproofing system, having a drain in the bathroom floor that will be connected to the sump pump pit will protect the rest of the basement from water damage if the toilet, sink, or shower ever overflows.

Your remodel project should begin with the inspection of the basement to determine if there is any damage that needs to be repaired before the renovations can begin, particularly in the concrete and other structural materials that may have been in contact with sewage from the toilet backing up over the decades. There could possibly be some harmful bacteria and toxic substances in the porous material, particularly before waterproofing sealants are used on the exterior walls of the foundation. Hire a water damage contractor to inspect the basement to make sure it's safe and suitable for a basement remodel and waterproofing.

When you closed on the house, the previous owner should have disclosed any previous insurance claims they had filed. However, to be sure they were forthcoming, you can get what is called a CLUE report from a database of insurance claims provided by insurance companies called the Comprehensive Loss Underwriting Exchange.

If there are several instances when insurance claims were filed due to the basement flooding or due to dampness in the basement, such as mold and mildew growth in the home, you could take that as a hint to have as many waterproofing features installed in your home as possible before you have the basement remodeled. In addition to a drain in the floor of the new bathroom in the basement, a comprehensive waterproofing system can also include crack repairs in the foundation, a French drainage system, a sump pump, a battery backup system for your sump pump, and waterproofing sealant applications on the walls and flooring of the basement.